Persons of Interest Under Investigation 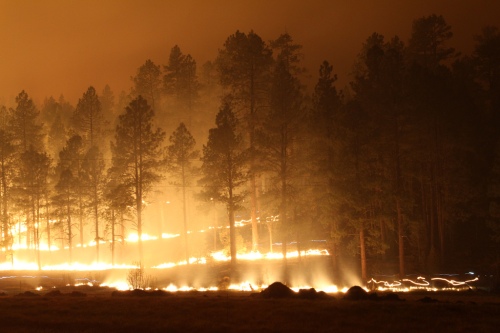 The result of an unattended campfire?

According to a news story that appeared on ABC 15’s Website, a supervisor with the U.S. Forest Service has confirmed that the investigation into the cause of the Wallow Fire has led authorities to two persons of interest:

“What we’ve pretty much broken it down to is (the cause) looks like it was a campfire,” said Supervisor Christopher Knopp with the U.S. Forest Service. “We’ve got a couple of people we’re talking to on that right now.”

Knopp said the Wallow Fire started when the campfire “escaped.”

Knopp also confirmed to ABC15 that two separate arson fires were set during the Wallow Fire.

“We had one in Lakeside and one in New Mexico,” said Knopp. “Both were clearly arson fires.”

When asked if they tried to make it look like it was caused by the wildfire, Knopp responded, “Apparently or just wanted the fire to be bigger.”

Knopp declined to give the ages of the two persons of interest or where they’re from.