A Vote for Tucson is a Vote for Arizona! 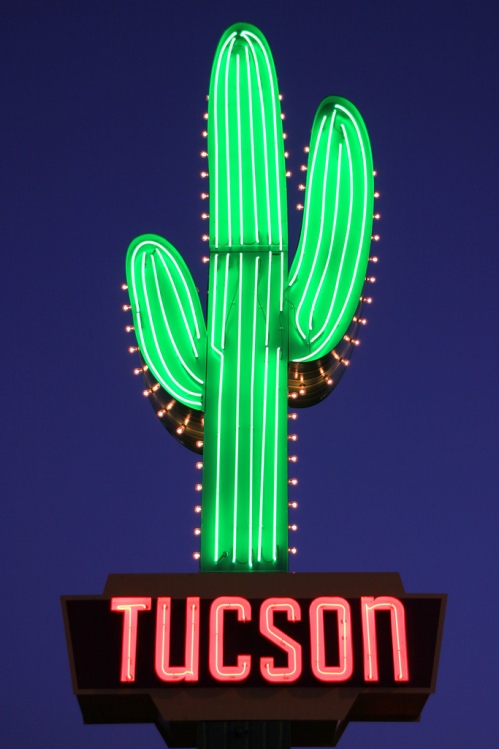 Arizona’s second largest city was selected as a finalist for the Best Town in America contest… and now it’s up to you to make it number one!

Voting starts today, so get on Facebook and give the city some love (and if you’re a Sun Devil, we say it’s OK to put differences aside and support Tucson and the state).

TUCSON, ARIZONA SELECTED AS TOP TEN FINALIST IN OUTSIDE MAGAZINE’S SEARCH FOR THE “BEST TOWN IN AMERICA”

Tucson, Ariz. | June 8, 2011 – Tucson has been selected by Outside magazine, America’s leading active-lifestyle publication, as a finalist in its search to determine the best Outside town in America. The three week competition, held exclusively on Facebook, will kick-off on June 8, 2011 at facebook.com/outsidemagazine.

Outside scoured the nation to find dream cities that offered a balance of great culture, perfect scenery, stress-free and reasonable cost of living, and, of course, easy access to the outdoors; and Tucson is a top contender! Now Outside is calling on the public to help choose the best one ever from a pool of ten finalists that include: Charleston, SC; Chattanooga, TN; Madison, WI; Portland, OR; Portland, ME; Santa Fe, NM; Ashland, OR; Boulder, CO; Burlington, VT; Tucson, AZ.

“It is an honor to be recognized, Tucson truly is the Real Southwest experience,” said Rick Vaughan, Senior Vice President of Sales and Marketing for the Metropolitan Tucson Convention and Visitors Bureau. “It is the perfect place to experience breathtaking natural beauty, distinctive history and culture and abundant outdoor pursuits that lift the spirit.”

The winning town will receive the official honor of Outside’s “Best Town in America” and will be featured on the October 2011 magazine cover, Outside Online, and an exclusive segment on Outside Television.

“These top ten towns ALL have the soul and the substance to be called Outside’s Best Town Ever. Our audience is extremely passionate about where they choose to live and travel – so we are thrilled to engage them in the process to help us determine the best,” said Outside’s Editor-in-Chief Christopher Keyes.

As part of the contest, the public can vote, submit photos, video and comments backing up their selection; content that will have a chance to appear in the Outside magazine and on Outside Television. All voters will have a chance to win a five-day adventure to one of the top ten towns. The winning town will be determined through a combination of total votes; overall support as a result of content submitted; and creativity.

Tagged as Arizona Highways, best town ever, Outside magazine, Tucson

One response to “A Vote for Tucson is a Vote for Arizona!”